“To build means to cooperate with the ground, to mark a landscape forever; to participate to that slow transformation which is the true life of a city.”

Franco Barberis Spa Company, a family-run construction business which has been active in this field for four generations, is characterised by the tendency to design and manage complex projects which include different sectors of the construction industry: industrial, residential, refurbishment and public buildings. Franco Barberi Spa encompasses the promotion and financing of business activities which involve infrastructures and services too.

The history of Franco Barberis Spa begins at the end of the XIX century: the foreman Battista Barberis devoted his life to this job, gaining respect and notoriety thanks to his skills and accuracy. His son Mario followed in his father’s footsteps: Mario was a surveyor and he soon played a key role in the years of the economic boom after the war. His four sons shared Mario’s passion for this job, working at the urban planning of Alba and other towns. The architect Franco Barberis, together with his sons, Paolo and Luca, and his daughter, Elena, manages his building company having the same values in mind.

We have been building for four generations.

Our ancestors left a mark on our territory which makes us remember their passion, the direction they followed and the one we have to follow in the future.
The same passion handed down from father to son for four generations leads us to continue this activity.
And so we keep on building, respecting day by day those ancient values we still believe in nowadays.

We work together with numerous experts in the field of urban design, adopting a critical sensibility and respecting the expertise of others, keeping in mind that a complex has to be built in order to satisfy the client. 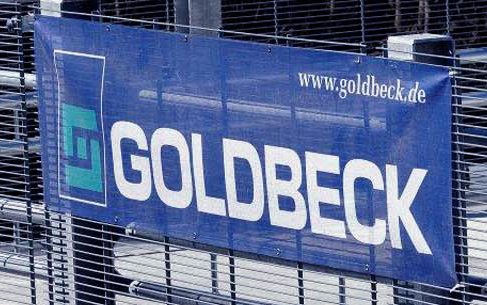 Franco Barberis Spa is the partner of the german company Goldbeck in order to sell an innovative prefabricated building system in the northern part of Italy. It is made of steel and concrete and it is used to build industrial complexes, multi-storey car parks and offices. This partnership has made it possible to build a multi-storey car park containing around 900 carports in Alba and Cuneo thanks to the Project Financing solutions.